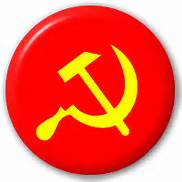 Welcome To The New People’s Republic Of Santa Monica

Well, well, well, the cat’s out of the bag. The City’s Press release, issued just last week regarding terminating leaseholds at the Municipal Airport, states in part:

“In the meantime, the Council has directed staff to proceed in an orderly fashion to assert our right to take over all legally-required Field-Based Operations at Santa Monica Airport and to establish a City-run fixed-base operation (FBO) that operates in the public interest and not for private profit. A trial date for the eviction lawsuit will be calendared by the division of the Superior Court that handles these unlawful detainer proceedings.”

What a noble sentiment! How could something as unAmerican as private profit ever have gained a foothold in our bastion of cradle to grave socialist engineering here in sunny Southern California? It must surely be obvious to everyone that no private enterprise could ever operate for the public interest, right?

So, why stop there? The airport is only a tiny bit of the rampant private enterprise that has infiltrated our city. Let’s cancel every leasehold in the city just as soon as we can. The cleaners, the barbers, the nail shops, the department stores, the doctor’s and dentist’s offices, the car dealers and gas stations. The theatres and the restaurants. All the residential housing. We mustn’t forget the highways and the Metro rail either. Let the City Government with its singular track record run everything in town–a single go to place that fits all-fits none. What a concept!

It’s not a new idea, merely one that is out of fashion. We’ve had company towns all over the country, so why not revive it here in Bell By The Bay? We wouldn’t even need money, just proof of residency.  As an added plus, there would be no question of eternal salvation: “Saint Peter don’t you call me cause I can’t go; I owe my soul to the company store.”

It is weirdly appropriate that a city government that is continually harping about “our land” is so determined to dig their own graves in it.