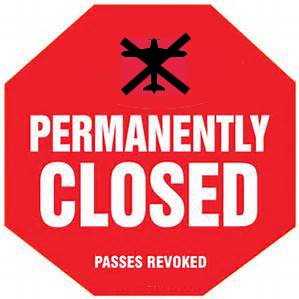 People ask why, if the Santa Monica owns the land at the Municipal Airport, it cannot close it at will and use the land for something else? The answer is simple; it cannot, because while the City of Santa Monica does own the Municipal Airport, it does not have complete control over the land because of agreements made with the Government of the United States in 1948, which require the land to be used for an airport “forever”. The City contests this fact, but that is the law.

Are the City’s rights of ownership are being denied? They are not. The City cannot repurpose the land under the freeways or the metro line either, although both occupy city land. Under the terms of the Surplus Property Act, the City does not “allow” the airport to operate, it does not have the authority under Federal law to do anything else.

With regard to the City Council, there seems to be a froward and ongoing misconstruing of the terms and meaning of the 1984 Airport Agreement between the City and the Federal Government (in this instance, the FAA). The 1984 Agreement does not speak to the City’s obligation to keep the airport open until 2015 or any other specific time. It was a 30 year agreement on how the airport was to be run until 2015, e.g. the lower south-east aircraft tiedown area adjacent to the dog park was released as “residual” land way back in 1984, but was not repurposed by the City because it had an obligation to supply space for a minimum “fleet” size of 520 aircraft. The City could not do this without using the residual land. The 1984 Agreement resulted from the City’s ill-fated attempt to close the airport in 1981.

The timing-out of the 1984 agreement does not affect the terms of the Surplus Property Act and was not intended to do so. The obligation for the airport to remain open is, rather, a covenant of the agreement made under the Surplus Property Act as provided in the 1948 Instrument Of Transfer (IOT). This document, eagerly signed by the City at the time, requires that the land be used for an airport “forever”. The City did not agree to allow the airport to remain operation from 1984 to 2015, but rather, acquiesced to Federal demands and the threat of action by the United States Department of Justice.

The reasoning in 1984 was that this 30 year agreement delineating the nuts and bolts of how the airport was to be run would be, through participation and cooperation between the Santa Monica, its citizens, and the airport users, renegotiated at the end of its term. That process failed to materialize and now the City, asserting a false sovereignty, is running rough-shod over the rights of airport tenants and users.

The 2023 date referring to the end of city obligations under the grant assurances to the Federal Government, like the 1984 Agreement, does not bear on the whether the airport can close or not. It merely speaks to how the airport must operate for a specific period of time. If the City were to prevail in their court challenge to this date, that still would not confer the right to close the airport as of 2015, 2023, or any specific time in the future.

Clearly, the City does not feel bound by the actions of wiser City fathers in the past and continues to spend millions in taxpayer dollars in pursuit of their goal to close the airport and reuse the land for other purposes, which, by virtue of prop. LC, they can do without a vote of the people in four specific, but broadly interpreted categories.

As it stands at the moment, the City will have its day in court sometime this spring to challenge the validity of the IOT. We expect them to lose.