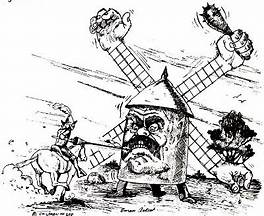 The City of Santa Monica continues to pursue its misguided and irresponsible program to  destroy the economic basis for the Municipal Airport in an effort to make an end-run around the United States Congress (and the Surplus Property Act) and permanently end access to the national airspace.

The City evidently believes that if it can get rid of the aviation businesses at the airport, then there will be no one willing or able to thwart their efforts to take the land for development. What’s the evidence?

The City is trying to evict the two biggest Fixed Base Operations at the airport: Atlantic Aviation and American Flyers. Both these businesses sell fuel and the City has indicated that it wants to be the fuel vendor in the future. This will require the City to buy all the capital equipment and hire and train municipal employees for this task as they have zip at the current time. They haven’t even begun this process, yet they are attempting to evict the current providers, which would leave a huge gap in fuel availability. We believe that to be their real purpose.

This is not only a dumb idea, but will cost the citizens a bundle of money. Under the current system, the City gets rent from both these entities and a percentage of the flowage of fuel. It's good income with no work, investment or responsibility. Running these operations themselves instead will result in a net loss for Santa Monica. The City is proposing to buy expensive ground support equipment and train new city employees along (with their considerable entitlements), and purchase the requisite liability insurance all to be written off within months of their implementation if their plan to close the airport were to succeed.

This is fiscal irresponsibility rivaling some of the other nearby criminal enterprises like the City of Bell. Is there any question about the quality of customer service Santa Monica would provide at the airport given their recent actions and published comments about their plans for the future? You would be lucky if you didn’t have to pay to use the toilets and bring your own water to flush them!

This is sheer craziness and recklessness born out of greed and panic. The Federal Government has made it abundantly clear that the airport must remain, just as they did in 1984. This fool’s errand has already cost the taxpayers millions of dollars and will cost millions more if a clear signal isn’t sent to the City Council this November; failing that, it may have to wait until 2018 when election by district will become the new law of this currently lawless land.