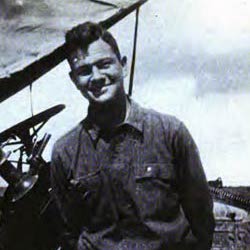 Any city government in America attempting to restrict access to working public transportation infrastructure built with federal dollars, on land paid for by a municipal bond to support that infrastructure, carries with it the hallmark of capricious decision making by public officials.

Flying to Santa Monica Airport from across the country and around the world has been reality for a century. The facility was built and paid for by the USA in 1946 and gifted to Santa Monica in 1948 on the condition it would remain an airport, on land purchased by residents in 1926 via municipal bond for “Municipal Flying Fields” already operating and memorialized as Clover Field in use by the US Army Air Service since 1923, and an operational aerodrome/airpark/airfield since 1917.

The City of Santa Monica faces multiple lawsuits, filling one third of the Federal Aviation Administration Docket for Airport Compliance nationally and has won nothing. The January 30, 2017 Santa Monica Airport Settlement Agreement and Consent Decree was assembled and agreed to in the twilight between administrations by an Acting Secretary of Transportation and an Acting City Attorney led by a City Manager and newly elected Mayor both with a long train in the public record of their attempts to usurp and abuse the public trust by restricting access.

The recent inquiry dated March 14, 2017 by Representative Abraham of Louisiana's 5th District to newly sworn in Secretary Chao, FAA Administrator Huerta and copied to the bipartisan House Committee on Transportation and House Subcommittee on Aviation regarding the Santa Monica Airport Settlement Agreement and Consent Decree rightfully calls into question this apparent departure from long standing principles held by the federal government, its stated objectives and the impact the restrictions would have on the nation.

If we abide by the rules of the government we have chosen, the truths we are facing are self-evident. The restrictions imposed by the Santa Monica Airport Settlement and Consent Decree are destructive and must be abolished.

Therefore, in the name US Army Air Service Second Lieutenant Greayer “Grubby” Clover and all Americans before and since, We the People call for the full restoration of our unalienable rights to access the heavens from Santa Monica’s Clover Field and for new guards to future security. Liberté pour Grubby et liberté pour tous!