How Long Must SMO Remain Open? 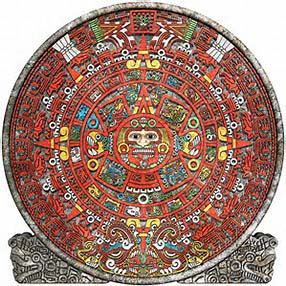 An oft-repeated phrase in the media and elsewhere these days is that the City’s  obligations to operate the our airport run “until at least 2023”. What is the real significance of this date to our airport? Does that phrase imply that the City can close the airport after 2023? No, it means no such thing.

When a city accepts federal funds to improve infrastructure, that money comes with obligations, as well it should. For aviation improvements those obligations run for the life of the improvement or twenty years, whichever comes first, starting from the time the money is spent. Santa Monica spent the last federal dollars on a blast fence at the eastern end of the runway in 2003, and since the expected lifetime of that structure is anticipated to be a half-century or more, the grant assurances pertinent to it, will run for twenty years until 2023.

What are those obligations? By in large, in the simplest terms, they require that the city run the airport in such a manner that the value of the grant money spent will not be wasted. The city must run the airport safely and treat its tenants fairly, and, of course it cannot seek to close the facility while grant assurances are in effect.

In our case, the Santa Monica Municipal Airport, this last proviso is moot since other obligations incurred by the City in 1948 and 1949 preclude the airport ever being closed unless the Federal Government, through the FAA, were to deem it no longer necessary or useful to America’s aviation infrastructure–an event unlikely in the extreme. Thus, our airport is more than amply protected by these older agreements.

The primary value of grant assurances, on the other hand, is that they clearly define obligations and provide a streamlined judicial process to settle disputes between the host municipality and the aviation community. In our case, preventing closure is not the primary advantage of the current grant assurances.

The ending of the grant assurances in 2023 has no bearing on the ability of the City to close this airport. The City of Santa Monica simply does not have the authority to do so. That power is reserved for the Federal Government.

Because the grant assurances are not the primary reason that the City cannot close the airport, there is no excuse, even amongst those shortsighted individuals who wish to see it closed and the land developed, not to take the money. There is no valid reason to eschew federal grant money that can improve our airport. The citizens should demand that the City Council apply for all the federal money they can get just as they did for the rebuilding of the incline and the metro-rail. It is irresponsible and wrongheaded not to do that when the money is there for the asking.