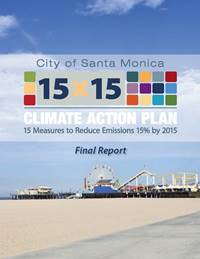 The City of Santa Monica recently published its Final Report on its 15x15 Climate Action Plan and on page 6, attributes 2% of its total greenhouse emissions to aviation at Santa Monica Airport, or 19,300 Metric Tons of CO2 (MTCO2e), if my math is correct.

City leaders involved in the 2017 agreement to shutter Santa Monica Airport readily agree that Santa Monica's air traffic will simply land in Van Nuys, Hawthorne, Compton and other local neighborhoods with similar general aviation airports, instead of Santa Monica. Or as CalEPA likes to call them, poorer neighborhoods disproportionately impacted by pollution.

CalEPA's California Communities Environmental Health Screening Tool Enviroscreen 3.0 is a screening methodology that can be used to help identify California communities that are disproportionately burdened by multiple sources of pollution.

By the State of California's measure, the neighborhoods directly adjacent the Santa Monica Airport runway and considered most heavily impacted by residents, actually score quite a bit better than the airport neighborhoods where Santa Monica's air traffic will be sent. Better even than other parts of Santa Monica.

If we accept the City's methodology and 2% of the total greenhouse gas emissions does come from aviation at Santa Monica Airport, then in addition to noise from 80,000 plus operations, Santa Monica is sending thousands of MTCO2e to poorer airport neighborhoods across LA, starting the day they curtail operations at SMO.