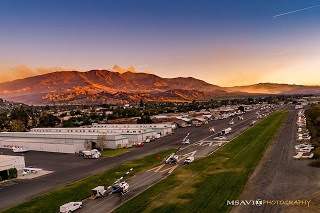 The Santa Monica Airport (KSMO) is listed as a “vital and essential facility” in the Santa Monica City All Hazards Mitigation Handbook.  It is the only way in, or out of Santa Monica after a large seismic event or other major disaster.

Airport runways fuel, maintenance and FAA air traffic services provide a critical base for fighting fires like the Thomas fire and the closer-to-home Skirball fire in the Sepulveda Pass this week.  With an airport base of operations, emergency personal are better able to prevent the loss of life and property.

The Santa Monica Airport Association is a party to a lawsuit seeking to overturn the “Consent Decree” negotiated between the City of Santa Monica and FAA in January of 2017. This was a secret backroom deal conducted out of the public eye to shorten the runway and give the City the option close the airport at the end of 2028. The loss of KSMO as an airport, and the City’s planned “creative reuse” of its structures and property, would force air traffic into other already congested local airports, increase traffic congestion within the City limits, and eliminate its significant financial value in addition to its incalculable public safety value in times of disaster.

The Santa Monica City council has closed the Santa Monica airport this week for a two week project to shorten the runway as part of it’s stated policy to cripple and ultimately attempt to close the airport completely at the end 2028, just ten years away. Such actions threaten the safety of the 93,000+ residents of Santa Monica and surrounding communities of Los Angeles County. SMO’s single runway is being shortened to 3,500 from 4,993 feet, ruling out use by many firefighting aircraft, C-130 aircraft, and other vital aviation assets.

If you are concerned about Santa Monica City Council airport policy, you can contact city council on council at smgov.net

About: Santa Monica Airport Association, (SMAA)Santa Monica Airport Association, is a local, volunteer,  non-profit organization of airport businesses, citizens and pilots. SMAA Board are the most-trained, experienced and qualified aviation entity in the City of Santa Monica. SMAA depends on the generosity of donors to perform its mission of passing on SMO to the next generation for community benefit. http://www.santamonicaairport.info